Does the internet depress you? 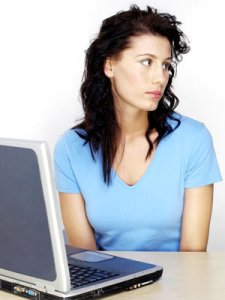 Did you see the report last week which appeared in various social media blogs and articles linking excessive internet use to depression?

Psychologists from Leeds University found what they said was “striking” evidence that some avid net users develop compulsive internet habits in which they replace real-life social interaction with online chat rooms and social networking sites.

“This study reinforces the public speculation that over-engaging in websites that serve to replace normal social function might be linked to psychological disorders like depression and addiction,” the study’s lead author, Catriona Morrison, wrote in the journal Psychopathology.

But it is not clear whether the internet causes depression or whether depressed people are drawn to it. “What is clear is that for a small subset of people, excessive use of the internet could be a warning signal for depressive tendencies.”

For me the key part of this study is in the sentence “some avid net users develop compulsive internet habits in which they replace real-life social interaction with online chat rooms and social networking sites.” This for me is at the real heart of things. One sign of depression is that very desire to hide away from real life social interaction, so I would suggest that it is not the internet causing the depression, but that these individuals are already depressed. In fact, I would go so far as to say maybe it’s a good thing they at least have some interaction, even if it is virtual.

However, I can also see how easy it is to slip into this situation of overly-communicating online. It is still a source of amazement to me how quickly online friendships can build and even more so how online chat forum participants can get so overwhelmingly caught up in online drama with people they hardly know! You see this second phenomenon a lot on Twitter.

This brings me now to another question. Should online friendships stay online or should they be brought into the “real world”? I am prompted to ask this question after a discussion I had with an online friend whom I met face to face for the first time recently. She mentioned that she had noticed a post on a blog which pointed with dismay to a “new blogger phenomenon – blogger meets”. One of the comments made after the post was “Isn’t part of the point of blogging that you can’t \ don’t \won’t meet in person? ”  Well, I have to admit that this comment surprised me. Obviously you “meet” many people online and a lot of these you only meet once, maybe twice, but sometimes you really click with someone and find you have lots in common. So you start to read their blog regularly, learn more about them, maybe email them, talk to them on Facebook or Twitter. That has certainly been the case for me. And if you find that you live in the same locality or there is an opportunity to meet for a coffee, well wouldn’t the natural next step in your friendship be to do so?

I have met several bloggers now in “real life” – each one of whom, I have spent several months chatting online to. We got to know each other pretty well beforehand and I was excited to meet up with them all. The only time a real life encounter didn’t work out was with someone I met on Twitter and she turned out to be nothing like her Twitter persona. It was a good lesson to learn but hasn’t put me off.

Interestingly, with the exception of one, none of the bloggers I have met up with are breast cancer survivors, but they do all share the experience of loss in some way and are compassionate, empathetic and wise women. So Lily, Paula, Chari, Lorna and Jane, I am so glad we got to meet in real life and my life has been enriched by meeting you both on and off line.  Here’s to many more tweet-ups!

And Debbie and Jody, although I haven’t met you in real life…yet! your friendship and support brings me great joy every day.

← Meat Free Monday
Throw your dream into space like a kite →

27 thoughts on “Does the internet depress you?”