Are we too biased toward prophylactic mastectomy? 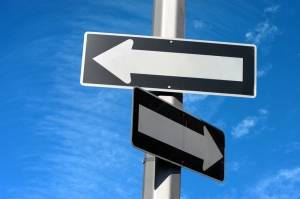 I have no idea what it must be like to have to make the decision to undergo a prophylactic mastectomy, the name given to the  surgery that may be done to remove one or both breasts for the purpose of reducing the risk of development or recurrence of breast cancer,  but what I do know is that more and more younger women at risk of hereditary breast cancer are making that very choice.

Now new research points to the possibility that some women may be too hasty in their decisions, although ultimately the decision rests on the level of risk they are prepared to take, and it is certainly understandable that they aren’t prepared to take that risk.

Dr Mark Robson, from Memorial Sloan-Kettering Cancer Centre in New York, claims that young women identified at being at risk because they carried a gene mutation, such as BRCA 1 or 2, were opting in greater numbers to undergo prophylactic mastectomy.

He said the trend was due to a number of factors, not least the widely accepted figure of 87%, perceived to be the risk of breast cancer for a woman with a genetic mutation.

“It is a very high number, but there are some issues with the research behind it,” Dr Robson said. “The studies that generated that number were somewhat biased, and other studies have suggested the risks may be quite a bit lower.

When a woman is confronted with this kind of figure at the outset, she may think that she is destined to get cancer. This trumps all other considerations and could lead her to a decision she may regret years later.

Dr Robson said another factor that influenced decision making could be media coverage, such as emotive stories about patients who had undergone mastectomy. “You don’t see stories about surveillance with MRI, or breast conservation options. The media focus on mastectomy can pre-condition women and their families to see mastectomy as the only option.”

Dr Robson said that while great strides had been made in genetics, the public’s view seemed to be that genetics was a “crystal ball”, however in reality it was “an awfully murky one”.

Clinical Oncological Society of Australia President and breast cancer surgeon, Professor Bruce Mann, said it was incumbent upon familial cancer specialists and clinicians to help women and their families at a time of great stress and uncertainty.

“By taking the time to talk with patients and their families about their concerns and anxieties, and exploring the various treatment options, they will be far better placed to make a decision that is in their best interests,” Professor Mann said.

I think it is important to take the time to make this decision, but once you have made it, based on the best knowledge available to you at the time, then there is no point in having regrets. I have walked that path full of regrets at some of my treatment decisions, particularly in relation to fertility treatment, but once the decision is made, there is no point in looking back. The main thing is to know that you have made the best decision for you, given the current available knowledge, decide the risk you are prepared to live with, and most importantly that you have weighed up all your options.

2 thoughts on “Are we too biased toward prophylactic mastectomy?”