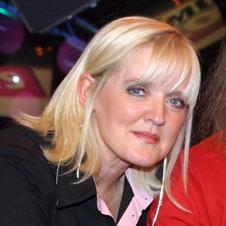 Growing up in the seventies and eighties, we danced and sang along to the Nolan Sisters “I’m In the Mood for Dancing”. I remember Bernie as the lead singer was my favourite Nolan sister.  As the group went on to have solo careers, I also remember admiring her as an actress in various soap and drama roles.

Bernie is now facing one of her toughest roles, as she begins chemotherapy for HER2+ breast cancer.  She is joining another 14 people in the UK, in a new drug trial to test out Pertuzumab and will combine the treatment with the drug Herceptin. Two of Bernie’s sisters, Linda and Anne, have both had, and successfully undergone treatment for breast cancer in the past.

← Breast cancer gene clue discovery
Have you had your green walk today? →