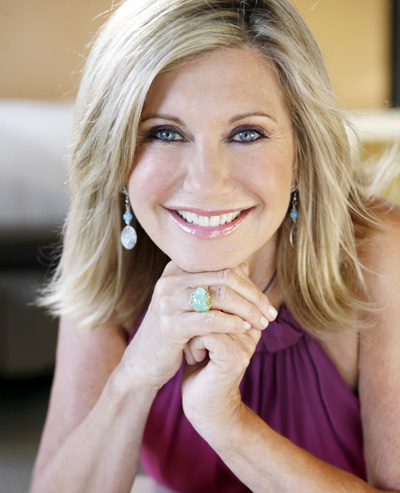 Olivia Newton-John was already an international pop star when her role as shy-turned-sexy Sandy in the movie musical “Grease” catapulted her to superstardom. That success was followed by several film roles, four Grammy-winning albums, and 15 chart-topping singles — including “Physical,” which topped the Billboard charts for 10 weeks in 1981. She continued to act and record in the years that followed, but her career came to an abrupt halt when she was diagnosed with breast cancer in 1992. Olivia fought the disease and won and has since become a tireless champion for breast cancer awareness and early detection.
Olivia spoke to Everyday Health last year on the eve of her 60th birthday, talking about her personal breast cancer journey, the importance of knowing your body, and what you can do to catch breast cancer early.
You can read the interview in full at  Everyday Health

← Secrets and lies
Yard Sale for the Cure →