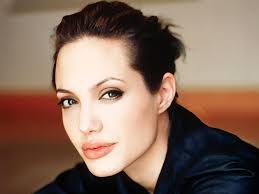 My Twitter stream this morning was filled with references to Angelina Jolie’s “medical choice” so I clicked on one of the many links to the New York Times Op Ed piece by the actress and director to find out what this choice was. Turns out that Jolie is a BRCA1 carrier, a gene which significantly increases her risk of developing breast cancer and ovarian cancer, and she made the decision to have a preventive double mastectomy.

Once I knew that this was my reality, I decided to be proactive and to minimize the risk as much I could. I made a decision to have a preventive double mastectomy. I started with the breasts, as my risk of breast cancer is higher than my risk of ovarian cancer, and the surgery is more complex.

A preventive mastectomy (also called prophylactic or risk-reducing mastectomy) is the surgical removal of one or both breasts. It is done to prevent or reduce the risk of breast cancer in women who are at high risk of developing the disease.

Why would a woman consider undergoing preventive mastectomy?

Women who are at high risk of developing breast cancer may consider preventive mastectomy as a way of decreasing their risk of this disease. Jolie’s mother died of cancer at the age of 56 and Jolie writes movingly of how her mother ” held out long enough to meet the first of her grandchildren and to hold them in her arms. But my other children will never have the chance to know her and experience how loving and gracious she was.”

She says that she kept her surgery private but is now writing about it in the hope that other women can benefit from her experience.

Jolie acknowledges that the high cost of the test in the USA is a financial barrier to many women who would benefit from the test. “It is my hope that they, too, will be able to get gene tested, and that if they have a high risk they, too, will know that they have strong options.”

The theme of taking control features throughout the New York Times piece.

Cancer is still a word that strikes fear into people’s hearts, producing a deep sense of powerlessness. But today it is possible to find out through a blood test whether you are highly susceptible to breast and ovarian cancer, and then take action. Life comes with many challenges. The ones that should not scare us are the ones we can take on and take control of.

Whether or not to make the decision to have a preventive mastectomy is obviously a very personal decision.

Someone asked the question on Twitter if Jolie’s piece will increase the numbers who will now seek mastectomies as a preventative measure.  I do not imagine that is as simple as that for anyone.  It’s a very individual choice. It’s important to note that doctors do not always agree on the most effective way to manage the care of women who have a strong family history of breast cancer and/or have other risk factors for the disease. Some doctors may advise very close monitoring to increase the chance of detecting breast cancer at an early, while some doctors may recommend preventive mastectomy, while others may prescribe tamoxifen or raloxifene, medications that have been shown to decrease the chances of getting breast cancer in women at high risk of the disease.

While I am glad that Jolie’s piece has raised awareness and stimulated an open discussion, it is also important that we balance the discussion with facts and also heed the stories of the “ordinary” women who have been sharing their experiences online for much longer.  The decision to undergo a prophylactic mastectomy is a very individual one.  The celebrity factor has raised the discussion to the consciouness of the Twittersphere today, but the fleeting nature of celebrity news means something else will take its place tomorrow. Meanwhile, for thousands of women and men across the world who have been effected by cancer, the issues will continue to be debated and discussed every day. Don’t forget their stories too!

Should You Be Tested?
Genetic tests are available to check for BRCA1 and BRCA2 mutations. A blood sample is required for these tests, and genetic counseling is recommended before and after the tests.Here are some important questions for you to consider. If you answer yes to any of the following questions, hereditary cancer risk counselling may be useful for you.