A funny thing happened on my way to survival 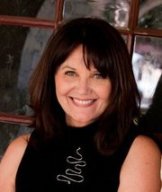 I guess I am a born philosopher; I came out of the womb asking, “Why?”   You can imagine that when I got breast cancer twice I had lots of whys.   I never asked, “Why me?” but I DID ask, “Why at all?  Why should anyone have to suffer like this?”  Refusing to let my suffering go to waste I determined to give it meaning by helping others who were facing the same ordeal.  I wrote my story on websites and message boards, lending support, answering questions and warning people about pitfalls to avoid.  I hopefully probably offended more than a few members of the medical establishment.  I really didn’t care!

At the time I had my mastectomies DIEP flap reconstruction was just gaining popularity. Since I was overjoyed with my results I eagerly shared my success with anyone who was interested. In fact, I loved my breasts so much that on more than one occasion I flashed them faster than folks could say, “No thank you!”  To me they were medical marvels!  It became a joke among my friends to say, “Is there anyone in the country who hasn’t seen your breasts?”

That was 2006—fast forward to June 2011 and the FORCE conference in Orlando.  FORCE stands for Facing Our Risk of Cancer Empowered and is dedicated to fighting hereditary breast and ovarian cancer. Since I tested negative for the genes I never thought I belonged in the organization, but I wanted to visit friends in Florida and the conference gave me a neat business write-off.  (Not very noble of me, I confess.)

Truthfully, I dreaded going because I didn’t know a soul, and for the first day I felt so out of it that all I could think about was leaving early.  Why in the world did I come here? I didn’t belong.  Alas, changing the flight would cost a fortune, so I quit feeling sorry for myself and jumped into the program wholeheartedly.

The day ended with a gathering called “Show and Tell” where attendees could speak directly with surgeons about treatment procedures they might be considering.  To my surprise I walked into cocktail party with no signs of surgeons or presentations. I asked one of the FORCE volunteers why, and learned that the “Show and Tell” took place in the next room, where women at various stages of reconstruction would show themselves to women facing mastectomy.  Next thing I knew I was standing, bare-breasted, in a circle of grateful women asking me life-changing questions about my surgeries.

Now I knew the reason why I had come—to help people, in the flesh, who were worried and frightened by this awful disease.

Oh, and also because there were some people in the country who had not seen my breasts.

Visit: http://jamieinmanent.com to learn more about Jamie and her work